October come and gone my friends!

When we last talked, we had just come off of Fall Camp, which was a really exciting and fun way to get the semester going strong. One of the cool parts of October was getting to see the bonds that began at fall camp between the students flourish. Core members who went came back knowing each other better and being more plugged into a community where they really can deepen relationships with each other and pursue Jesus well. It's been neat to see the ripple effects of that event in the lives of the students and conversations I've had with them in the past few weeks.

This month was definitely not without it's excitement. As you saw at the bottom of last month's blog, this past month was Focus' 20 year celebration. Hundreds of people came out, Focus Alumni, current students, early leaders, support partners, and current staff. It was a time to reflect on what God has done in the past twenty years since Focus started at UTD as a tiny little group bible study, to the ministry God has allowed to go to so many campuses across DFW. It was so encouraging to hear the stories of people who were involved and experienced much of the same life changes when they met Jesus through people in FOCUS and were invited into friendships with people learning what being a disciple looks like. Here's a picture of that meeting: 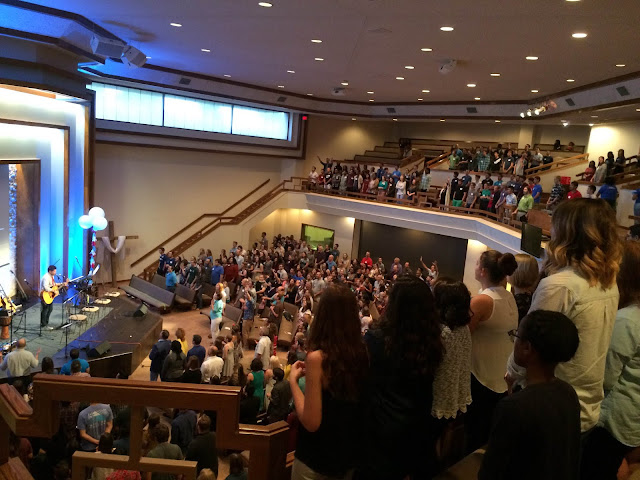 One of the other bittersweet things that happened this month was the wrap up of our Old Testament Class. Since August 1st, myself and the other apprentices have been reading through the Old Testament, reading accompanying textbooks and supplementary texts, and listening to lectures from Ian Provan's Old Testament Foundations class up at Regent College in Vancouver. We got to do it in chunks, and come together in a class and discuss it. It really has been one of my very favorite parts of the Apprenticeship so far. My understanding of God's character has grown a tremendous amount. I have come to love him so much more as that understanding has deepened.  I'm definitely sad to see that class end, but I'm also excited because it showed me just how much depth there is there, and I look forward to revisiting those books again and even study them individually. For now though, what I learned about what God cares about has made me all the more excited for ministry in his world. Right now I get to do that full time at college campuses, which is so cool.

We have more coming up this month! We still have our weekly cores and 1-1 meetings with the students, as well as the large group meetings and outreach at both Preston Ridge Collin and Spring Creek. If you guys would be praying for those times as often as you can, that would be a tremendous help. We really want what God wants on these campuses, and we simply want to invite people into knowing him more. We have to lead people to Jesus and not ourselves, despite our tendency to inadvertently do the opposite, so pray for me to not do that, and to be faithful to show them who Jesus is.

This weekend on Sunday our sister ministry CCM up in Washington state at Western Washington University is letting us borrow one of their staff for our Pizza Theology. It's a chance for the students to have access to college/graduate level lecture material on a topic impactful to their relationship with God, and in the past they have been hugely helpful and successful. They also get pizza in between the two lectures, which they never seem to be mad about. Pray for that this weekend, its on Sunday November 6th, from 4-9. Just pray for hearts that will be open to what is said and that God would be speaking through our speaker David during that time.

Thank you guys so much for your continued support and prayers. I can't express how encouraging that is to me to reflect on. 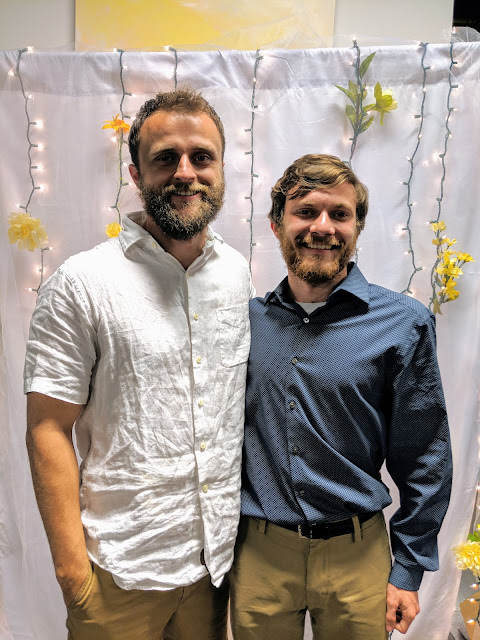 Year end updates, on to summer!